I met The Boy Royals at the Borderline in London last year. They have a classic mod image so when they walked on stage, their sound surprised me. It’s somewhat spikier and harder edged than I’d imagined it would be. Never judge a book by it’s cover or a band by their image.

GeeksUnleashed: You recently changed your name from Town to The Boy Royals. What was the reason behind this?

Luke: We changed the name because we were having trouble being found on search engines as Town. We felt that we were fighting a losing battle with the name, playing gigs and no one being able to find us. We changed to The Boy Royals and have never looked back.

GU: How did you get together?

Luke: We all met in the local gigging scene in our teens. All being in different bands but shared the same love for the same kind of music. Me, Alex and Jamie decided to start a band and soon after brought in Hamish, who was originally a drummer, but he was a good mate and was into the same kind of thing so it just seemed to work.

GU: Who are your main influences?

Luke: We’re influenced by all the British greats and more, The Who, The Jam, The Clash, Manics, Beatles etc.

GU: What are your aspirations for the band?

Luke: Aspirations are just to keep building. We have our new single floating around now and it’s creating a bit of hype, so I think just to keep playing and building and keep that buzz going strong is main priority for us.

Your new single People Like Us is out on August 13th. Are you playing any shows to promote it?

Luke: Yeah, we’re playing a gig at Clwb Ifor Bach in Cardiff on the 17th August to celebrate the release of the single This is one we’re really looking forward to, so if anyone’s about the Cardiff area I recommend getting a ticket for this one!

GU: You’ve played with some big names like Lostprophets, Hard-Fi and Feeder. Any other big shows in the pipeline?

Luke: We have a few good gigs in the pipeline that we’re in talks about, but nothing is 100% yet, so there’s not much we can share with you there sorry! 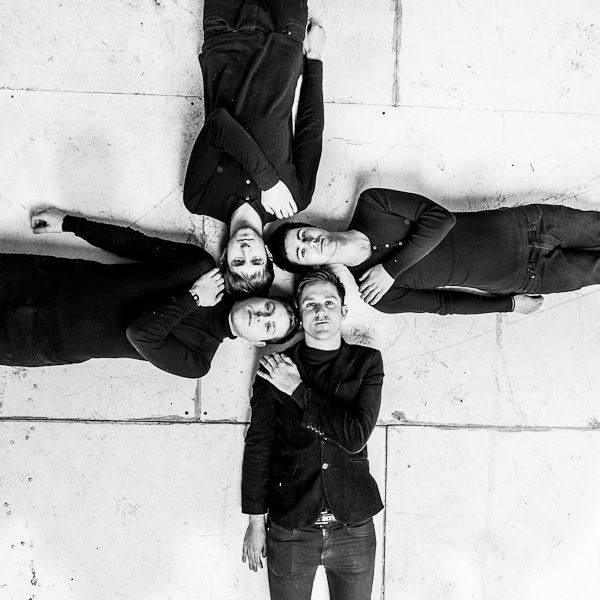 GU: You’ve been played a lot on Radio1 and BBC 6. How does it feel to be getting that kind of exposure?

Luke: It feels amazing to have support from some great DJ’s. Huw made our last single, ‘Teenage Sky’ his ‘next hype’ and gave us a spin on his daytime show. We were also lucky enough to have a legend like Steve lamacq jump on board and label us his ‘new favourite band’. We also went down for an interview with Steve on the show, he’s a top bloke and it’s nice to see someone carrying the torch for British guitar music.

GU: What does the future hold for the boy royals?

Luke: We’re currently planning our next release and just looking to get on the road and keep playing, that’s what it’s all about for us.

Image disclaimer: I’m happy to give credit where credit is due. email me Kerry [at] artisanrecords .co.uk