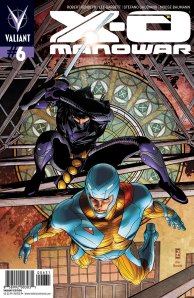 Valiant is proud to present an advance preview of X-O Manowar #6 by New York Times best-selling author Robert Venditti and acclaimed artist Lee Garbett! Can X-O Manowar recover from his chilling defeat at the hands of Ninjak? Who will be the last superhero standing? Place your bets because, on October 17th, it’s a close quarters rematch that will decide the fate of all mankind!
Aric of Dacia has been disarmed — and now Ninjak is about to deliver the incalculably powerful X-O Manowar armor into the hands of The Vine’s earthly agents. Trapped thousands of feet above the Atlantic and at the mercy of the Valiant Universe’s most feared mercenary, Aric now has only one chance to recover his prize. With only brute force to aid him, can Aric — unarmed and untested in the 21st century – teach the man called Ninjak the true meaning of Visigoth might? Or will Ninjak’s cold precision win him control of the awesome weapon that all of Earth will soon come to fear?
Two warriors. One weapon. No survivors. The book that IGN hails as “brutal, mysterious, and full of heart” soldiers into the staggering second round of the year’s most demanded comic book match-up on October 17th, only in X-O Manowar #6.
X-O MANOWAR #6 – ON SALE OCTOBER 17th!
Written by ROBERT VENDITTI
Art by LEE GARBETT
Cover by DOUG BRAITHWAITE (AUG121334)
Character Design Cover by JELENA KEVIC-DJURDJEVIC (AUG121335)
Variant Cover by PATRICK ZIRCHER (AUG121336)
$3.99 US/Rated T+/32 pgs. 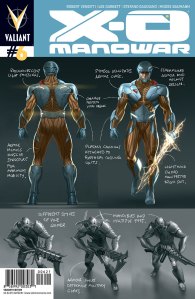 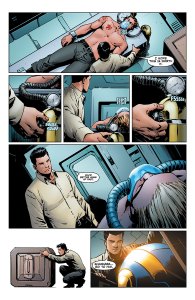 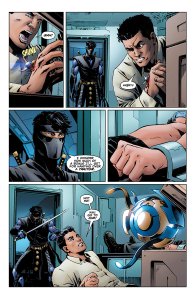 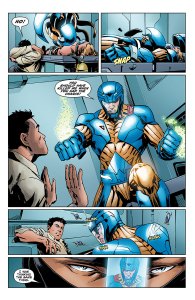 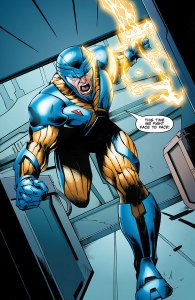 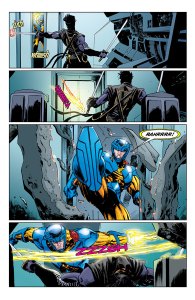 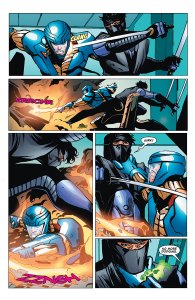