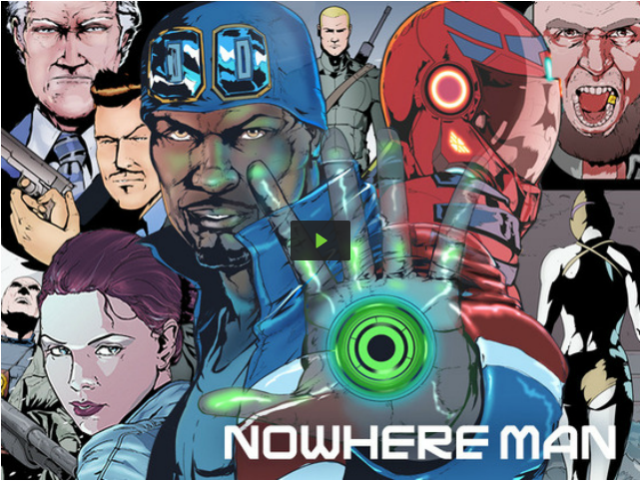 Nowhere Man is a science ficton, police drama by Jerome Walford. Jerome has been working on Nowhere Man and the sample pages look fantastic. The Nowhere Man series has already received some praise from media outlets. Jerome has also been invited to galleries to share his art. But you can see for yourself how good his work is. The project is to print three 40-page color issues.

If you like police drama, you’ll dig Nowhere Man. What piques my interest is the science fiction angle which reminds me a little of Ghost in the Shell.

“Nowhere Man” is a multi-volume series that follows Jack Maguire, an ambitious NYPD detective and Zade, a mysterious super human stuck in Jack’s body. The two struggle for control as a deep conspiracy unfolds that could change the world as we know it. [More from Kickstarter]