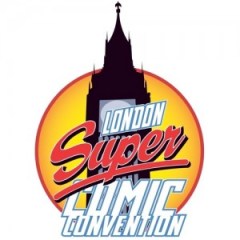 ‘t appeared at a UK Comic Convention in over forty years. They also housed many UK, US and European names and more comics than you could ever read! The LSCC returns February 23rd & 24th, 2013 at the Excel Centre in London. Last week I spoke to Brett Uren on what it’s like to be an indie comic book creator at a convention and today I’ve got the chance to speak to the organisers of the LSCC with only three months to go before the big event to find out more about what we can expect from them.

Geeks Unleashed: Firstly, would you mind telling us a little about yourselves? Not much information is available on the creators of The London Super Comic Con besides one of you being a Doctor, what are your backgrounds and how much have you been involved in the comics world before last years first LSCC?

We are a group of comic fans who believe that the U.K. deserves a different caliber of show. The group’s makeup consists of both American and U.K. individuals, whose convention experience ranges from putting on a yearly creator driven show in the States, to being an integral part of the early 90′s then largest ever U.K. show (Alexandra Palace). Others like myself are just comic book fans who have been collecting and reading ‘funny books’ for 30 years.

The business side of things is also a crucial factor here as putting on a show of this magnitude requires not only the desire and willingness to make it work but also the ability to ensure that it is run like an event of this caliber deserves.  The group, therefore, includes individuals from the world of high finance. Crucially though, we feel that a show of this type should not just be run with a vision generated from a few people, therefore we reached out and secured help from some of the U.K.’s top Comic Retailers, Publishers and Mail Order dealers, to ensure that the comic fans and the comic exhibitors receive an experience that they deserve.

Geeks Unleashed: Last year was the first of the LSCC, what have you learnt from last year that you’ll be putting into practice this year?

Putting things into practice always indicates areas where the theory could be fine tuned.  There were two areas where we think we can enhance the attendee experience:

Geeks Unleashed: What were some of the highlights of last years convention?

There were many highlights.  Attendees indicated to us that their highlights were: 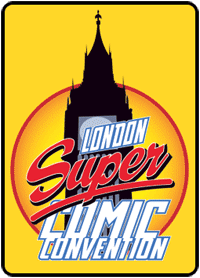 We have always enjoyed attending both US and UK conventions.  Each convention has its own personality and it is interesting to see how they differ.  New York is as different from San Diego and Chicago as LSCC is as different from Thought Bubble and Bristol.  LSCC has given us the excuse to attend even more shows this year, and we have attended C2E2, Chicago Comic Con, New York Comic Con and every major UK comic convention

Geeks Unleashed:  What is it like to see everyone come together for common interests and know that you had a major hand in helping that along?

We were very fortunate to have a team that understood our philosophy and aims for the show and were able to execute their tasks in a manner consistent with those aims.  No matter how much you plan the event it is not until you see the reactions of the attendees and the atmosphere created on the show floor that you can confirm the work put it has been validated.

The buzz during and after the show from attendees, creators, publishers and press was greater  than our expectations and encouraged us to set up LSCC 2013 on the same basis.

Geeks Unleashed: Thought Bubble has their own anthology comic which is published through Image Comics. Are there any plans for the LSCC to bring their own comic to the rack?

At this point in time our thoughts are just centred on making our show the best it can be. In the years to come, no doubt we will begin to look at different ways of bringing the London Super Comic Convention brand, to the masses.

Geeks Unleashed: With just over three months till the London Excel opens its door for the second year of the London Comic Con and we’ve already had a string of big name US creators announced by are there further announcements on the way?

Our next update will include another 20 or so more creators, and the final tally looks to be at least 70 at this stage. Look out for a couple of surprise exhibitors in the weeks to come and our announcement of our VIP package.

Geeks Unleashed: Obviously you’ve been giving the American market a big push but how much of the convention will be dedicated to UK creators?

We have focused on the American market as the UK convention scene had lacked a concentration of US creators at any given show.  As we wanted to bring the US convention experience to the UK we needed to focus on bringing US creators to the UK and blending them with UK and European talent.  There is a large pool of UK creator talent working in the American market (e.g. Brian Bolland, Andy Lanning, Mark Buckingham, Ian Churchill etc) and the blend was pretty much 40% US to 60% UK last year.  We would expect it to be similar this year.

We also wanted a strong UK small press presence at the show as this area represents the diverse and comprehensive universe of comics.  We want attendees to have the opportunity to read comics that they have never experienced before.  As many of today’s creators came through the small press ranks we view LSCC as an important opportunity for small press to display their ideas and meet publishers, to that end we have increased the space allocated to small press and encouraged applications from Europe and beyond.

Geeks Unleashed: Last year you managed to get IDW to make their first appearance at a UK Convention, can we expect to see any others making appearances this year?

Yes.  One of our main focuses this year was to bring more US publishers to the UK.  We will be announcing the publishers attending over the coming months.

Geeks Unleashed: Last year you didn’t hold an after show parties, can we expect this to change this year?

Funny enough we have been discussing this recently.  We may be announcing something soon………

Geeks Unleashed: With LSCC at the beginning of the Comic Con calendar and the tight economic times we live in why should people choose this convention over the others? Sell it to us!

Our main selling point is that LSCC is the UK comic convention that provides the attendee with the opportunity to:

and do this in a dedicated convention centre, with all the facilities that they bring.

Geeks Unleashed: Thank you for your time today and we really look forward to attending next year.

Looking forward to seeing you too.

The London Super Comic Con with be at the London Expo on the 23rd and 24th February 2013. You can buy tickets here. Stay tuned to Geeks Unleashed for news on the LSCC.