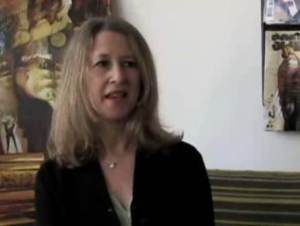 After 33 years and spearheading some the best comics in the past three decades, from The Sandman, Hellblazer, V for Vendetta, Fables, Preacher, The Invisibles, 100 Bullets, Y: The Last Man, and American Vampire and being instrumental in bringing creators; Grant Morrison, Neil Gaiman, Brian K. Vaughan, Alan Moore and Scott Snyder to Vertigo Comics Karen Berger is stepping down from Vertigo Comics as Executive Editor & Senior Vice President. Recently there has been a lot of speculation in regards to the future of Vertigo with Hellblazer being cancelled and Constantine being launched in the main DC Universe, the character Swamp-Thing being another character to make the same move. Although before this announcement DC Comics released news that an anthology title called Time Warp will be released in March 2013.

It would seem that besides American Vampire, Fables and Fairest there isn’t much going on at Vertigo at the moment and I’ve noticed a lot of creator owned books coming from Image and Dark Horse recently rather than Vertigo. Vertigo used to be the place to go in my opinion for some of the best creator owned books on the rack and I’ve found besides Fables I’ve been going to the other two I’ve just mentioned for independent comics.

I discovered Vertigo with first issue of Y-The Last Man when I was a hell of a lot younger and couldn’t believe at the time that titles like this existed, Y-The Last Man was gateway comic book for so many of my friends that didn’t have an interest in comics. This was also the title that led me to pick up many more Vertigo titles.

We will all have to wait and see where Karen goes next and what the future of Vertigo may hold.