Born and raised in London he now lives with his wife and daughter in Buckinghamshire, while working in the

world of Commercial Banking. Having been a fan of almost everything geeky since birth it wasn’t until 14 years old that he walked into his first comic book shop and has been a fan of mainstream and independent comics ever since. He also is a big lover of American television, rock and indie music, while in his spare time he is busy writing and editing. His first book is in the editing stages. You can find out more about Mark here.

At the stately height of 4’11”, Emma is one of the UK’s only remaining hobbits. Baffled by her experiences with popular culture, she retreated into the world of literature and has been there ever since. She is currently studying English at the University of Liverpool in the hope that one day, she will be able to pay her rent.

Ashley Elizabeth is in most wa 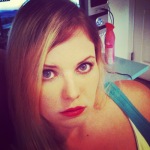 ys non-traditional. Her honesty is glaring and somewhat appalling at times, but those who know her say this is her best trait. She holds two Associates degrees, one in Arts and the other in Sciences, though she would claim her true teachers came from real life. Living in the deep South of the United States, she earns her living as an editor, specializing in thematic and analytical content critiques. She has been a literary geek since she first started reading. When she’s not buried in editing fiction, you’ll find her playing guitar (poorly), building something, or good-naturedly defending the victims of one way thinking.

Born in Preston, Lancashire in the North of England and now living in North Somerset he works for a law firm during the day. His interest in comics started at an early age by reading the cartoons in weekend newspapers – a particular favourite being Calvin & Hobbes. His interest grew when he discovered Batman, and the character remains one of his favourites to this day. He also loves crime and noir  fiction, and American TV series. Writing and blogging takes up much of his spare time and he hopes to one day publish his long-gestating crime novel. You can find out more about Stephen here.

Jo Lewis, a PhD Student researching the role VGF and its derived peptides in the regulation of energy balance, hails from North Wales but now resides in Warwickshire and has been an avid consumer of
comics for nigh on two decades. When not studying or reading comics, you’ll often find him walking, with his girlfriend, Miranda, and dog, Kowski or on a squash court.

A self-professed internet addict, tweeter and Facebook junkie,  Laura grew up in Greater London and currently resides in High Wycombe, Buckinghamshire. Since discovering the likes of 4chan, Memebase and I Can Has Cheezburger?, she has spent most of her days online, contributing to and learning from the Internet meme community.  She has been a fan of Nintendo from the age of 8 when she was first introduced to the Nintendo 64, and has been an on-off gamer ever since. Obsessed with Tetris, Laura also enjoys cooking, music and reading. You can find out more about Laura here. 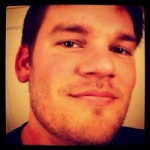 Coming to you from Vancouver, Washington (USA), Tim is a huge fan of science fiction/fantasy, video games and books. By day, Tim travels for work but by night, he is a writer focused on completing several writing projects including Dragonborn: Slaves of Homnor and Shotgun Surgeon. He also enjoys hiking, running and working out. But of course, Tim always saves some time for a nice cold pint of beer. Favorite microbrews include Widmer Hefeweizen and McMenamin’s Ruby (both are brewed locally).

Matt Benedict-Calico has a degree in Creative Writing from Bath Spa University, as well as a poetic license and is currently wondering why he can’t use the latter as proof of ID. A published artist in small print children’s comics, he spends way too much time drawing Pokemon and not enough time doing his laundry. He likes his comics independent, his art colourful, his Game Masters accommodating and his baking bounteous.  When not reliving his youth playing on an original Playstation, he constructs ambitious buildings in Minecraft or gets shot – a lot – in Battlefield 3.

Born in Liverpool, Tom has been distracting himself with video games since the age of eight. Refusing to

pursue a serious career he has a degree in Computer Games Technology and now works as a lecturer in Creative Media and Games Design. This passion for gaming has led to him running his own stream and channel where he can found most nights. His hobbies are Shotokan Karate and reading anything by Douglas Adams.

Hazel was born in Thailand, where she lived for three years before moving to Hackney, London and finally Hertfordshire. Brought up in a busy household with three brothers, her earliest memories are of playing games like “Mario Party” and “Worms Armageddon” along side them. This has given her a passion for games and she one day hopes to create some of her own! If she had it her way, Hazel would happily spend the rest of her days drawing robots, occasionally stopping to sleep or eat…

Jacqueline’s first geeky moment came at a young age. On a Sunday evening, when all her friend were watching cartoons, she was watching to Star Trek: The Next Generation with her dad! Now she is the proud owner of (nearly) all the DS9 seasons, and long-standing crush on Worf. Jacqueline is also a fan of video games, watching science fiction – especially shows by Joss Whedon, and Romantical novels. When not Geeking out, Jacqueline also enjoys fashion, make up, and cooking. Her guilty pleasures are chocolate, cider, and cheese! You can find out more about Jacqueline here.

Stephanie is an unusual combination of writer and park ranger.  Her geekery resides in her obsession for gaming, graphic novels and cult movies. Her poetry and articles have been published in like likes of Great Works and Writers Inc. Magazine. She has a passion for alternative fashion and is a self confessed haircolouraholic.

James Dougherty is a writer from Liverpool. His writing style has been described as “like Orwell or

Hemmingway, but without the emotional depth”. James studied creative writing at Edge Hill University, and eventually he hopes he will get around to finishing that novel he’s been working on. His short fiction has appeared in Paraxis magazine and the Ranfurly Review. When not writing fiction, he enjoys film, sport and cats (in that order) and dreams of a day when someone will combine all three. You can find out more about James here.

waking moments. A self confessed “loser” Jones makes up for his bad looks and weird voice by dabbling in his favourite pastimes, Books, Music, Comics and Films. He somewhat specialises in Horror as he has been trying to scare himself silly since the age of embryo and is currently trying to fuse his dark inventiveness and strange sense of humour in his own comic book creations including his long awaited graphic Novel BellyAche, long overdue comic book Parrot man and the semi-auto biographical sci-fi comic The Kids. His biggest influences are Brett Easton Ellis, Lou Reed, Woody Allen, David Lynch and his best friend Amber.

Currently residing anywhere, making Blackheath, London his favoured place, writing and reading furiously.  He studied drama at Kingston University, Ross longs to get back to the seaside and surf and whittle away days, writing with confidence.  He is a perfectionist, much to his own dismay and will not submit anything until he feels that it’s just right.  This prevents him at 27 from sending off finished articles and stories to publishers. Ross can’t put down a Terry Pratchett novel to save his life.  He will always stay true to his first Geek Love, Star Wars and knows deep down that they are flawed but will not hear anything about it.  He loves anything fun and will seize it where it comes, after all life really is too short.

A traveller, writer, part-time musician/dreamer, and wearer of flat caps, Amadeus Finlay was born in Ireland and educated at The University of Edinburgh. He currently works in London (doesn’t live there though), and is often to be found exploring the far reaches of the planet. His favourite thing he ever overheard in a bar was: “You’re Bob Geldof? Aye, my arse and parsley.” You can read Amadeus’s personal writing here.

Moscow-based music writer and journalist Olga has been interested in everything music related since childhood. Having gone through several changes in her music tastes, she’s finally found her real passion in rock music varying from the innocence of indie rock and to the brutality of hardcore. When the passion for music met with the passion for writing, Olga started her way in the music journalism. Most of the evening you’ll find her either at numerous gigs that take place in Moscow, or at (surprise, surprise) ice hockey matches! Her other interests include fashion, figure skating, books and travelling.

Ed Kozak is a musician, writer, and gigantic sci-fi/fantasy fan. While his musical passions lie with heavy  metal and American roots music, he has been known to indulge in everything from classical to folk, punk to reggae, and everything in between. While not working his day job at a New York City publishing house, Ed plays drums in the Brooklyn-based rockabilly band Raw Dogs. He’s also an amateur historian and aspiring fantasy author.

Heather is a writer from Minnesota, USA with a penchant for penning political thrillers and paranormal romances. Born and raised in the Midwest she has a deep appreciation for good television to stave away the cold during those long Minnesota winter nights. She is currently in the process of editing her first book. She’s a fan of the television shows Grimm, Once Upon a Time, Bones, and Alias among others. You can learn more about her here.

Faheem Rehman was born in Pakistan on 23rd October 1975. His schooling was completed from Sir Syed

School. He did his graduation from Punjab College of Commerce, and did MS in Computer Science from Shaheed Zulfiqar Ali Bhutto Institute of Science & Technology. He achieved Gold Medal in his MS Degree from SZABIST. During his MS studies, he was able to publish his Research Articles in Local and International Research Papers and also in International Journal. He have been part of Sports from very early age. He played Cricket for his country at the stage of Under 19. He is fond of Online Computer Games, and participated in gaming events.